A revolutionary drug that ‘switches off’ cancer may soon be offered to patients with some forms of the disease.

If prescribed, the once-a-day tablet, called ibrutinib, could spare blood cancer patients the sometimes agonising side effects of traditional 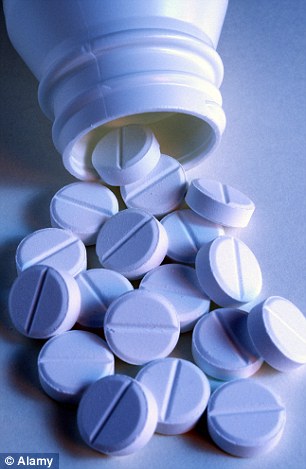 A revolutionary drug, called ibrutinib, that ‘switches off’ cancer may soon be offered to patients with some forms of the disease.

Ibrutinib is one of only a handful of new medicines to be made available via the Cancer Drugs Fund after two trials in 28 British hospitals showed it to be extremely effective in treating both mantle cell lymphoma (MCL) and chronic lymphocytic leukaemia (CLL).

Professor Stephen Devereux, consultant haematologist at King’s College Hospital in London, says it is a new class of targeted medications, known as a Bruton’s tyrosine kinase inhibitor. It works by targeting and switching off a protein in the cancer cells.

‘Chemotherapy kills cancer cells but it also kills normal cells and therefore has lots of side effects,’ he says.

‘As this drug is targeted at the B-cells, the side effects are minor. In addition, patients don’t have to go into hospital to have it administered.’

About one in every 25 people will be diagnosed with blood cancer during their lifetime – that’s 25,000 people each year in the UK.

Of these, 2,800 will have CLL, the most common type of leukaemia, and 500 will have MCL, a rare type of B-cell lymphoma.