Yes, he’s back. Andrew Klavan is back with another installment of the Revolting Truth. He talks about Obama disastrous nuclear deal with Iran and how they simply abusing our Chief Executive as well as our crafty Secretary of State, Thurston Kerry the third.

Extreme adventurers love nothing more than capturing their antics on camera, and now a new camera is aiming to make every travel video Oscar-worthy.

The world’s first throw-and-shoot camera claims to track its user and capture cinematic footage of them for up to 20 minutes.

Called the Lily Camera, the compact drone flies by itself and follows a tracking device that is worn around the wrist like a watch. 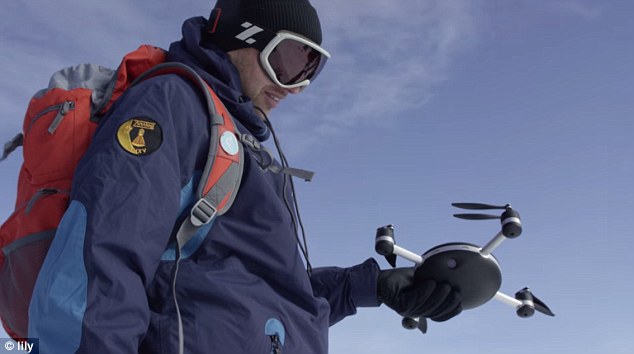 END_OF_DOCUMENT_TOKEN_TO_BE_REPLACED

Scott Ott of PJTV provides the voice over for the trailer of the new blockbuster film Democratland, a place for dreamers, where anything is possible.

The levitating light bulb created by Flyte uses magnets to create levitation and induction to power the long lasting LED bulb. It’s a Kickstarter campaign that hopes to raise enough to begin delivering to market in October of this year.

Bill Whittle in his latest installment of the FIREWALL explains how a Commander-in-Chief might destroy our military by simply make the troops leave the service on their own. END_OF_DOCUMENT_TOKEN_TO_BE_REPLACED

Andrew Klavan gives us look in the nuanced nuances of Obama’s nuanced policies in the Middle East, in what Klavan calls Clown Car Diplomacy END_OF_DOCUMENT_TOKEN_TO_BE_REPLACED

Andrew Klavan at the Revolting Truth discusses the 50 Shades of Barack Obama. How he swept America off her feet by telling her he loved her and wanted to transform her into something completely different. Huh?

Yes, he’s back. Andrew Klavan gives the Revolting Truth of the leftists magic box where the left drops their high minded ideas in and out pops crap.

Bill Whittle from Truth Revolt shows us the stark contrast between the true leader of the free world and the one who simply plays at it.

PJTV’s Bill Whittle shares with us the hell of Hollywood as they preach do as I say, not as I do.