Remember all the way back in February of this year when Rudy Giuliani said this? “I do not believe, and I know this is a horrible thing to say, but I do not believe that the president loves America. He doesn’t love you. And he doesn’t love me. He wasn’t brought up the way you were brought up and I was brought up through love of this country. With all our flaws we’re the most exceptional country in the world.”

Giuliani made these brutally honest and 100% correct comments while speaking in Manhattan to a group of conservative leaning businessmen and media folks.

It made a splash, and sent the left into spasms. But it was nothing compared to what followed less than a week later. A young black man, 12 year old CJ Pearson, became an internet sensation with his defense of the Mayor’s statements. Young Mr. Pearson became an instant darling of the right as he produced a YouTube video excoriating the president, doubling down on Giuliani’s remarks.

CJ looked into the camera and stated: “President Obama – you don’t love America. If you really did love America, you would call ISIS what it really is – an assault on Christianity – an assault on America and a downright hate for the American values our country holds – of freedom of speech – freedom of religion and everything our country stands for.”

Within 3 days the video had gone viral, garnering 540,000 views and as of today, it has over 2.1 million. That and other videos by the young man have gained him celebrity status, as he’s met Ted Cruz, been on Fox’s The Kelly File as well as Sean Hannity’s show. Oh, and also being blocked on our child-president, Barack Obama’s Twitter page.

And what has all this celebrity gotten him? Well, many have been quite impressed with CJ – but not everyone. Fast forward to the present and Pearson is now 13 years olds and attending Columbia Middle School in his home town of Evans, Ga. END_OF_DOCUMENT_TOKEN_TO_BE_REPLACED

So there was an incident at an Irving Texas high school the other day. Apparently it ended up being much ado about nothing. It seems a 14-year-old boy built a clock from scratch and brought it to school to impress his teachers.

Evidently, Ahmed Mohamed, who is a bit of electronics whiz, built the digital clock from parts he bought and had lying around. He then brought the clock into school and showed one of his teachers who thought it was pretty cool. The next teacher he showed, however impressed, was also a bit alarmed.

See, the “clock” didn’t look like any clock you, I, or the teacher had ever seen. In fact, the “clock” looked more like a bomb than a clock. That’s when things got a little dicey.

Evidently, the teacher confiscated the “clock” and someone called the police, who showed up, handcuffed the kid, and took him to a room inside the school to be interrogated.

The police told him that he was being detained and questioned over what they described as a “hoax bomb.” Shortly thereafter the cries of racism and Islamophobia began.

One of his older sisters began a Twitter campaign entitled “#IStandWithAhmed.” It has picked up over 500,000 mentions and re-tweets. If I were to guess, I’d say virtually none of these twitter followers have any clue about what happened, and are just typical liberal lemmings looking for the latest cause. END_OF_DOCUMENT_TOKEN_TO_BE_REPLACED 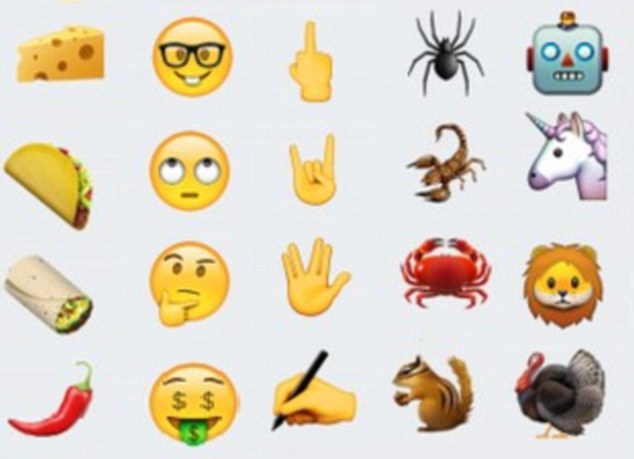 END_OF_DOCUMENT_TOKEN_TO_BE_REPLACED

A Southern California man who picked up a rattlesnake to pose for a photograph was badly hurt when the reptile bit him on the hand.

Alex Gomez, 36, was bitten on Monday by the 4-foot rattler in a field at his family’s ranch in Lake Elsinore, a community about 60 miles southeast of Los Angeles, according to TV station KCBS, which showed a picture of the man holding the snake around his neck.

Alex Gomez’s mother, Deborah, told KCBS on Tuesday that her son might lose his hand because of the bite wound to the extremity.

The man’s hand swelled up after the bite, and he was taken to a local hospital and treated with anti-venom, according to the station. 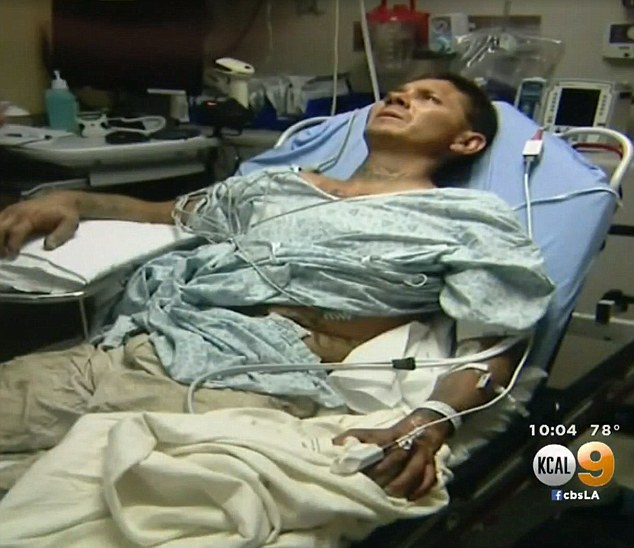 May lose his arm: Alex Gomez, 36, is hospitalized in Lake Elsinore, California, after he picked up a 4-foot rattlesnake and tried to take a selfie with the killer reptile

END_OF_DOCUMENT_TOKEN_TO_BE_REPLACED

On this episode I discuss the cowardly act of a black man who guns down an innocent white police officer while he’s pumping gas. College students across our great nation are being assigned a public finance textbook written by Jonathan Gruber, the architect of Obamacare. And hide your children! It’s the attack of the Mutant Head Lice! END_OF_DOCUMENT_TOKEN_TO_BE_REPLACED

We teach children that it is not only okay to be wacky and different, but it is to be celebrated. Don’t try to conform, fit in or assimilate. If it makes you “feel” better to get a neck tattoo at the age of 8, you should do that – or a nose ring – or dress up like a little girl. If it improves your self-esteem or your perceived self worth, then we should be all for it.

For decades now, we’ve packed up our children and sent them off to liberal indoctrination camps posing as public schools.

When someone dares to promote something as sensible as school uniforms, they are practically run out of town on a rail. We can’t have uniforms, it is said. That will stifle the children’s creativity and not allow them to express their individualism.

We allow them to learn that 2 + 2 can equal five, so that we don’t damage children’s fragile psyche. Heather having two daddies is the same as a mommy and daddy, and should never be thought of as different or out of the main stream. Teachers no longer use red ink to correct assignments, assuming there are any assignments, because that’s far too aggressive and may be yet another damaging blow to the child’s self-esteem. We wouldn’t want them to feel bad or inferior to other children.

In sports, every child gets a ribbon or a trophy just for showing up, and we’ve decided to eliminate the practice of honoring top-achieving students as “valedictorian” or “salutatorian,” because it promotes unhealthy competition.

So kids have spent there whole lives in this insane, out of touch with reality environment. END_OF_DOCUMENT_TOKEN_TO_BE_REPLACED

Rupert Murdoch, CEO of News Corp., parent company of hated Fox News thinks that one billionaire in the presidential race isn’t good enough. He tweeted out his desire for another to enter. And the other billionaire is none other than Michael “Nanny State” Bloomberg.

Is this the beginning of a draft Bloomberg campaign? I doubt it, but only time will tell, and it’s hard to say whether Murdoch was serious or not as he tweeted: “With Trump becoming very serious candidate, it’s time for next billionaire candidate, Mike Bloomberg to step into ring. Greatest mayor.”

Now right off the bat, you would have to question the sanity of Murdoch by saying Bloomberg was the “Greatest mayor.” I understand Murdoch and Bloomberg are good friends but calling him the greatest mayor, and thinking he wouldn’t be as progressive with the nation as he was with New York City, are a little far-fetched.

Murdoch failed to elaborate in any of his tweets for which party Bloomberg would run, although it seems to me he would be better suited to displace Hillary Clinton than any Republican, save for a few progressive establishment types.

Murdoch went back to Twitter to explain that although he was at odds with a lot of the “nanny state” policies Bloomberg enacted as mayor, he reiterated that along with Rudy Giuliani, Bloomberg made New York City the greatest. END_OF_DOCUMENT_TOKEN_TO_BE_REPLACED

Snapchat is one of the most popular apps used today for sharing quick photos and videos, which disappear within a few seconds after viewing. To save Snapchat videos before they’re gone for good, you have a few options to try out.

Saving Your Own Snapchat Videos: Easy!

If all you want to do is figure out how to save your own videos, then the solution is ridiculously easy. You simply do it the same way you save a photo before posting it.

END_OF_DOCUMENT_TOKEN_TO_BE_REPLACED

When it comes to predicting what the next big social app is going to be, teens are always right on the ball before everyone else. Instagram, Kik Messenger, Snapchat, Yik Yak, you name it — they all start with a young audience and blow up from there.

The latest one is called Jott, and it’s a messaging app kids are flocking to download by the masses for one very specific reason: they have a lot of friends they want to chat with, but they don’t have data plans for their mobile devices! END_OF_DOCUMENT_TOKEN_TO_BE_REPLACED

The gender-neutral campaign has been gaining momentum lately. Proclaiming yourself male or female will soon be added to the list of seven deadly sins, along with global warming denial and just being a conservative.

And now, is if I needed another reason not to shop at Target, they have bowed to politically correct pressure and have begun “phasing out gender-based signage in some departments.”

And all because two months ago, one woman, some liberal from Ohio, mother of three, Abi Bechtel, tweeted her disgust with a sign in her local Target store’s toy department that simply read: “Building Sets – Girls Building Sets.”

Bechtel posted a photo of the sign on Twitter and captioned it: “don’t do this, @Target.” Oh, she also said the sign was: “regressive and harmful.”

So now the brainiacs at Target stores will go through the trouble to change “gender signage,” all because one silly woman tweeted her dislike. END_OF_DOCUMENT_TOKEN_TO_BE_REPLACED