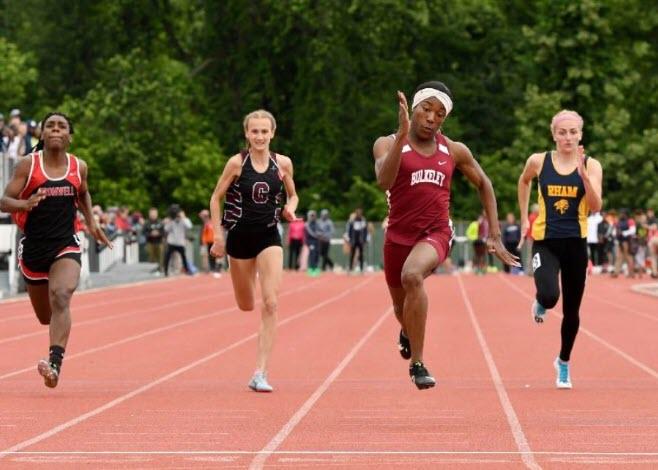 State lawmakers in Tennessee and Washington have their own ideas, however, taking preemptive action to keep school sports separated by biological sex. END_OF_DOCUMENT_TOKEN_TO_BE_REPLACED

Each Dalai Lama is believed to be the reincarnation of his predecessor.

But the current one has had to apologize to leftists who were because the 83 year old Buddhist monk apparently offended some feminists.

Mini-AOC sadly is no more as she and her family was recently doxxed by some chronically offended leftists, who don’t care for her satirical impressions of Ocasio-Cortez.

Yes, an 8 year old was threatened with death if she didn’t comply with the radical left. END_OF_DOCUMENT_TOKEN_TO_BE_REPLACED

As an Originalist Constitutional conservative, I try to live my life by the Jeffersonian creed, “If it neither breaks my leg nor picks my pocket, what difference is it to me!”

In other words, regarding this podcast, I don’t give a crap what your sexual orientation is, or which one of 500 genders you currently are, as long as it doesn’t interfere with my life or cost me anything.

And someone being gay, bi, trans, whatever, doesn’t affect my life in any way, negatively or positively. So what the heck do I care. No one should. Just don’t ask me to pay for your operations or treatments. And don’t demand that I celebrate your lifestyle, when I don’t. I’m agnostic about these issues. I just don’t care enough to demonstrate for or against it.

However, the members of the military are affected by such things. In this podcast I explain why, and why these types of “distractions” can have a negative affect on the cohesiveness of the unit. END_OF_DOCUMENT_TOKEN_TO_BE_REPLACED

Want to really understand College diversity programs? Were they created to combat the scourge of sexist, racism and homophobia?

No – not really. Instead, Heather MacDonald for Prager University says it’s much simpler. All you have to do is what you would have when trying to find the source or reason of any swindle or scam. Just follow the money.

luncheon last Friday, in support of her chosen cause, Planned Parenthood. She was also interviewed by Variety on a not-so wide range of topics. By that I mean it was just whining about how tough women have it – and oh – how scary President Trump is. In other words, the usual liberal pablum we’ve come to expect from spoiled overpaid Hollywood geniuses.

Variety: “It’s 2017, and we’re still talking about how Hollywood doesn’t treat women the same as men. Why is this still an issue?”

Chastain: “It’s depressing in terms of everything. It’s depressing in terms of women directors. But I think the problem is not just that. Yes, we need female filmmakers. … There’s a huge audience out there that wants stories about women. If you have a film that’s from a feminine point of view and 90 percent of the critics are men, that’s not diversity in that industry.” END_OF_DOCUMENT_TOKEN_TO_BE_REPLACED

As I’ve documented many times in the recent past, life on College campuses has become quite confusing and at times, downright hostile.

One glaring example is dating between students. It’s gotten to the point where a girl and guy must practically draft a contract just to go out together and there must now be verbal consent from both parties just to compliment one another, less it be misconstrued as a microaggression or trigger word, which might send one into a psychotic tailspin.

And then there is the growing rape-culture on college campuses. While I’m convinced that the overwhelming majority of college kids are decent, there have always been and will always be those who have no morals, no decency and will take advantage when an opportunity presents itself.

The Stanford University student, Brock Turner is a textbook example of this. “A jury in March found Turner guilty of three felony sexual assault counts for the January 2015 attack, which was interrupted by two graduate students who saw him assaulting a partially clothed woman behind a trash bin. Turner tried to flee, but the students tackled and pinned him down until police arrived and arrested him.” The kid raped an unconscious victim behind a dumpster!

But this type of incident, as horrific as it is, is the exception, not the rule. Unfortunately for all other guys on all other college campuses, cases like this are being broadcast as the norm, not the exception. Heterosexual guys are being classified as predators and worse. Their lives can easily be ruined as it is becoming easier for a girl, well after the fact to merely accuse a young man of some sort of aggressive behavior. And when she does, he is automatically assumed to be guilty. END_OF_DOCUMENT_TOKEN_TO_BE_REPLACED

A writer at the Huffington Post is hailing Obama’s latest control issue – mandatory government decreed overtime pay for the private sector. He says it will likely benefit 12 million American families. I disagree.

I speak in segment two of a computer generating swatting hoax perpetrated on a Massachusetts Congresswoman in retaliation for a bill she introduced to prevent online harassment.

The Zika Virus has hit America, but don’t worry – it has nothing at all to do with the huge influx of immigrants streaming across our border. The CDC assures of that. Coincidently, I disagree with this also. END_OF_DOCUMENT_TOKEN_TO_BE_REPLACED

When one wishes to take the pulse of the real radical left, you need to know where to look. Oh, I don’t mean just liberals like CNN or the Washington Post. I’m talking about radicals who think liberals aren’t liberal enough. For news on that front, you need to go to sites like MoveOn.org, ThinkProgress or the ACLU.

Normally I would never side with the ACLU on anything. They are awful and a wholly un-American organization. But I do so enjoy when smug leftists in Hollywood get caught by other leftists not practicing what they preach.

For decades cloistered Hollywood has been on the cutting edge of every new “civil right” and liberal cause to come down the pike. But recently even it has come under fire.

We all remember the big flap over the lack of black representation at the last Academy Awards and the fight for equal pay for actresses, headlined by Jennifer Lawrence who only grossed $52 million in 2015. Poor girl.

If that’s not bad enough, “last summer, the ACLU asked federal and state agencies to explore whether gender discrimination is responsible for the dearth of female directors in the entertainment industry.” The federal investigation will be headed up by the U.S. Equal Employment Opportunity Commission and the Office of Federal Contract Compliance Programs. END_OF_DOCUMENT_TOKEN_TO_BE_REPLACED

Yes, Muslim leaders and academics in Egypt believe they have found the source of jihad. No it’s not the teachings of radical clerics – it’s the cartoon Tom and Jerry and violent video games that have been driving young men to shoot others and blow them up.

For the liberal elites and the beautiful people in Hollywood, music and the fashion industry, the Communist Island of Cuba is evidently the place to see and be seen – more to be seen. Communist Cuba is cool, assuming you know nothing about it.

It seems Mt St Helens is recharging. Scientists are detecting tiny earthquakes deep below ground – an indication the mountain is slowly coming back to life. There’s nothing to worry yet, but it is again just a matter of time. END_OF_DOCUMENT_TOKEN_TO_BE_REPLACED

To my reckoning, there are three professions people of below average intelligence can get into and still make a boat load of money. These are politics, acting and professional sports. I’m certainly not begrudging anyone who can make a very good living from a given talent, providing they just stick to what they do best and spare us all the political and cultural commentary.

As we’ve seen, one does not have to be particularly bright, attractive or athletic to run for office and win. To get elected it comes down to a matter of how well a candidate can lie, but sound sincere, sheer popularity and of course there is the ever-present race and gender issue. Yet many, if not most of  these not-so-bright politicians still seem to be able to go in poor and come out rich, despite not being too bright.  It is fascinating how many Senators become multi-millionaires after they are elected. Huh – funny.

And how else can a dim bulb like Sheila Jackson Lee get elected and hold her seat for 20 years. Lee has a net worth of around $1 million. That’s not rich by today’s standards, but for someone as demonstrably stupid as she, it’s nothing to sneeze at. She has been the poster girl for affirmative action her entire life.

Professional sports have far more than their fair share of multi-millionaires – most of whom are idiots. Again – more power to them if they are able to parlay their special athletic talents into a monster paycheck. The alternative for most would be no future at all. So shut up and play!

Then there are the thespians – the actors. Now, the percentage of stupid people who aspire to be big stars is probably off the charts, but it pales in comparison to percentage of big stars who are idiots. END_OF_DOCUMENT_TOKEN_TO_BE_REPLACED