Using tiny robots to deliver drugs is promising pathway when it comes to limiting side effects and increasing effectiveness, and some take a more theatrical approach than others. Scientists at Purdue University have come to the party with a back-flipping microbot that can tumble its way through the colon to release its payload when desired, all while being controlled externally by a magnetic field.

END_OF_DOCUMENT_TOKEN_TO_BE_REPLACED 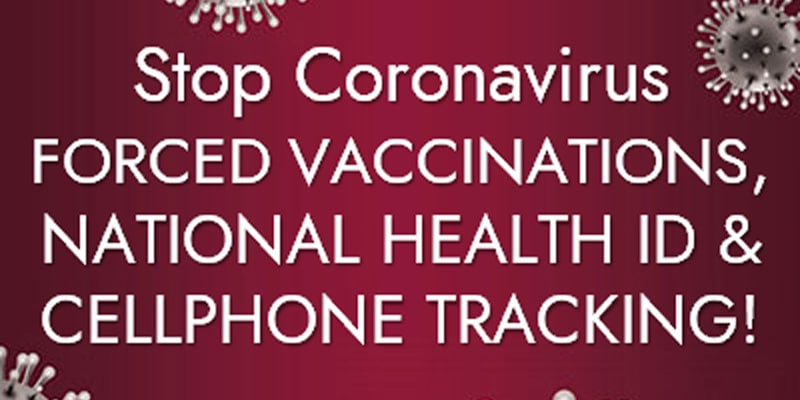 What Happened to My Body, My Choice?

Should the government – local, state or federal – have the power to force anyone to be vaccinated?

That’s a good question, and assuming President Trump is right and a COVID-19 vaccine is developed, the answer may be forced upon us – and I fear, due to the panic stoked by many regarding this virus, a mandate may follow.

Then it’s just a matter of whether a vaccine edict trumps our “unalienable rights,” granted us “by our Creator,” of “Life, Liberty and the pursuit of Happiness,” and whether “Governments are [really] instituted among Men, to secure these rights,” or merely to order us around.

We don’t need to look hard to find examples of what may be in store. END_OF_DOCUMENT_TOKEN_TO_BE_REPLACED

Researchers in Germany have developed a new drug that can act like a “shredder” for proteins implicated in causing cancer. In tests on lab-grown cancer cells, the drug worked to kill the tumors, suggesting a new pathway to a treatment for the disease.

END_OF_DOCUMENT_TOKEN_TO_BE_REPLACED

Currently, the best treatments for type 2 diabetes involve managing blood sugar levels, but recent research suggests that the brain may be a new drug target for longer-term control. Now, a pair of studies on rats and mice has investigated how a certain peptide works to induce remission for animals with diabetes, which could lead to new breakthroughs in human treatments. END_OF_DOCUMENT_TOKEN_TO_BE_REPLACED

Election Day 2020 is Nov. 3, some five weeks into flu season. I’m sure you remember having to mail-in your ballot during the last election in 2018, and certainly the last presidential election in 2016.

And in the off-chance they allowed you to go the polls, you were required to mask up.

Oh – you don’t remember any of that? Funny – neither do I, because it never happened.

But here we are – masked up, locked down and unemployed. END_OF_DOCUMENT_TOKEN_TO_BE_REPLACED

President Trump has promoted the safe and prescribed use of hydroxychloroquine for months now and the left has mocked and derided him for. The WHO even halted a study of it due to the results of research showing that the drug not only doesn’t work but is unsafe and deadlier than first thought. But now they’ve changed their tune.

Leftist politicians have reveled in their new-found command and control authority over the public regarding the pandemic. But now, all of the sudden, they’ve found a new cause that has pushed the “killer” virus to back of the bus (so to speak).

I explore the hypocrisy of the left regarding the onset of protesters and rioters that show no regard for the left’s social distance edict. It’s like the politicians no longer care about the pandemic. END_OF_DOCUMENT_TOKEN_TO_BE_REPLACED

While its exact causes are unknown, Alzheimer’s disease is commonly associated with clumps of toxic amyloid plaques in the brain, and researchers are continuing to understand the different components that help them take shape. Scientists at the University of Illinois at Urbana-Champaign have developed a new compound that attacks a number of the key players in the formation of amyloid plaques, significantly decreasing the level of plaques and reducing inflammation in the brain.

The presence of amyloid plaque buildup is considered a hallmark of Alzheimer’s, but it is thought that damage begins to occur in the brain long before these clumps appear. A great deal of research into the disease seeks to attack the building blocks of amyloid plaques. This includes protein fragments called beta-amyloid peptides, which may pose an even greater threat than the plaques themselves.

“Studies have found strong evidence that these soluble peptides are the most neurotoxic species and are causing memory loss and neuron cell death,” says Liviu Mirica, who led the new research. “Plaque formation might be an attempt by the brain to neutralize the threat.”

Along with beta-amyloid peptides, recent research has begun to illuminate the role metal ions might play in driving Alzheimer’s progression. Post-mortem studies have uncovered elevated levels of copper, iron, and zinc in the brains of sufferers, which are thought to interact with and stabilize the beta-amyloid peptides, as well as increasing oxidative stress and brain inflammation.

A new study has shown that an experimental class of cancer drugs has wider potential than previously thought. BET inhibitors are currently being tested against blood cancers, but now researchers have found a new version of this drug that, in mouse tests, can target solid tumors too. END_OF_DOCUMENT_TOKEN_TO_BE_REPLACED

Tweet
A sea sponge that inhabits Manado Bay, Indonesia, may be the source of a new drug to fight cervical cancer
Samuel Chow/Creative Commons

The natural world is a huge source of life-saving drugs, with plants and animals providing us with all kinds of therapeutic compounds throughout human history. That extends to the sponges that inhabit the seas, with new research detailing how a molecule derived from an Indonesian sea sponge species proved capable of preventing cervical cancer growth in the lab. END_OF_DOCUMENT_TOKEN_TO_BE_REPLACED

Tweet
US researchers found most medical marijuana contains THC levels above 15 percent, which is double what studies suggest is necessary for medical uses such as pain relief
UrosPoteko/Depositphotos

A new study has tracked the potency of cannabis products across a number of American states, finding the majority of medical marijuana is stronger than it needs to be for pain relief purposes. The research suggests higher THC levels are unnecessary for medical uses and can increase the risk of negative side effects.