While harnessing the power of the Sun has progressed in leaps and bounds in recent years, harnessing the process that powers the Sun is proving a tough nut to crack. However, progress continues to be made on the various approaches to practical nuclear fusion being pursued, of which tokamak reactors remain a frontrunner. In another promising development for the technology, the Korea Superconducting Tokamak Advanced Research (KSTAR) fusion device has set a world record by maintaining plasma at over 100 million °C (180 million °F) for 20 seconds.

END_OF_DOCUMENT_TOKEN_TO_BE_REPLACED As violent crime reaches record levels in Ohio’s major cities, Gov. Mike DeWine (R) appears to be more concerned with using law enforcement against peaceful citizens and business owners. Now, he doesn’t want you to defend yourself when the criminals he released from prison or the Antifa mobs attack you on the streets. Will Ohio Republicans stand up to this Republican in name only? END_OF_DOCUMENT_TOKEN_TO_BE_REPLACED

The U.S. Army has dramatically increased the range of its howitzer guns, setting a new distance record. END_OF_DOCUMENT_TOKEN_TO_BE_REPLACED

We are presently being conditioned to comply and gun confiscation is one of their goals that will require it. END_OF_DOCUMENT_TOKEN_TO_BE_REPLACED

Scientists from Osaka City University have found metolazone, an anti-hypertension drug that has been around for almost 50 years, can kickstart a lifespan-extending cellular repair process in roundworms. The research suggests this mechanism could be translatable to humans, offering new research pathways in the search for an anti-aging drug.

END_OF_DOCUMENT_TOKEN_TO_BE_REPLACED

I agree 100% with the author, Jerome Michaels, regarding this topic. It does seem that our United States supreme Court has abandoned us, and more importantly, abandoned their sworn duty to uphold and defend the Constitution. Because of their non-decision regarding the 2020 election States vs States case, our nation may be irreparably harmed.

And all, in my opinion and his, to avoid making the right choice to at least hear what the plaintiff States had to say for themselves. But no, they punted instead, or more appropriately, as referees, just called the game entirely before the clock even ran out.

But hey, look at size of their building. Must be plenty of places to hide!

A Supreme Court in Hiding is Dangerous for Our Country

In accordance with Art VI of the Constitution, every sitting Supreme Court justice has taken an oath swearing that he or she will “support this Constitution.” The Constitution the justices have sworn to protect is predicated upon free and fair elections so that the government reflects the will of the People. When the justices refuse to protect election integrity, they are violating their sworn oath and putting our constitutional republic at grave risk. END_OF_DOCUMENT_TOKEN_TO_BE_REPLACED

Getting transplanted tissue to behave like the original tissue isn’t always a smooth process, and one of the things physicians look out for following a procedure is how well it takes in oxygen. Wired devices called oximeters are the gold standard when it comes to monitoring this in recovering patients, but scientists at Massachusetts General Hospital (MGH) may have found a better way forward in a paint-on bandage that glows in response to the levels of oxygen in the tissue.

END_OF_DOCUMENT_TOKEN_TO_BE_REPLACED

Going forward into 2021, it will be interesting to see just how the left plans to deal with the pseudo-pandemic. 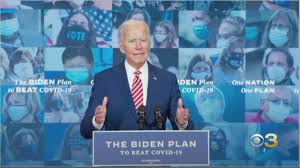 The way I see it, they have two options. Well, I guess actually three, but the third is a non-starter, which is coming clean and admitting to everyone that they lied about the severity of COVID for most of the population and they purposely inflated both the contraction and death rates to gain an election advantage. END_OF_DOCUMENT_TOKEN_TO_BE_REPLACED

By now most have heard the news of a massive explosion in Nashville, Tn.

It happened at 6:30, Christmas morning.

There’s nothing funny about this, but it seems odd that hours later many were still saying “they believe” or it may have been “an intentional act.

Why is this odd you ask. Well it didn’t take long for eye witnesses to come forth, telling authorities that they were warned by a recording coming from an RV parked outside an AT&T data center building in Nashville.

Apparently the RV had been parked there since sometime Thursday evening. END_OF_DOCUMENT_TOKEN_TO_BE_REPLACED

Stu Burguiere of the Blaze once said that the left will never put the people before their agenda and their own selfish ambitions.

He couldn’t have been more correct. And we are seeing a couple of recent examples of this heinous trait of the left.

One is of course the stimulus bill, or lack thereof, that president Trump has sent back to them to fix. And the second, which is the subject of this article, is the parsing out of the COVID vaccine.

There are around 50 million Americans over the age of 65. Even less of 70 plus, which is apparently considered elderly. END_OF_DOCUMENT_TOKEN_TO_BE_REPLACED