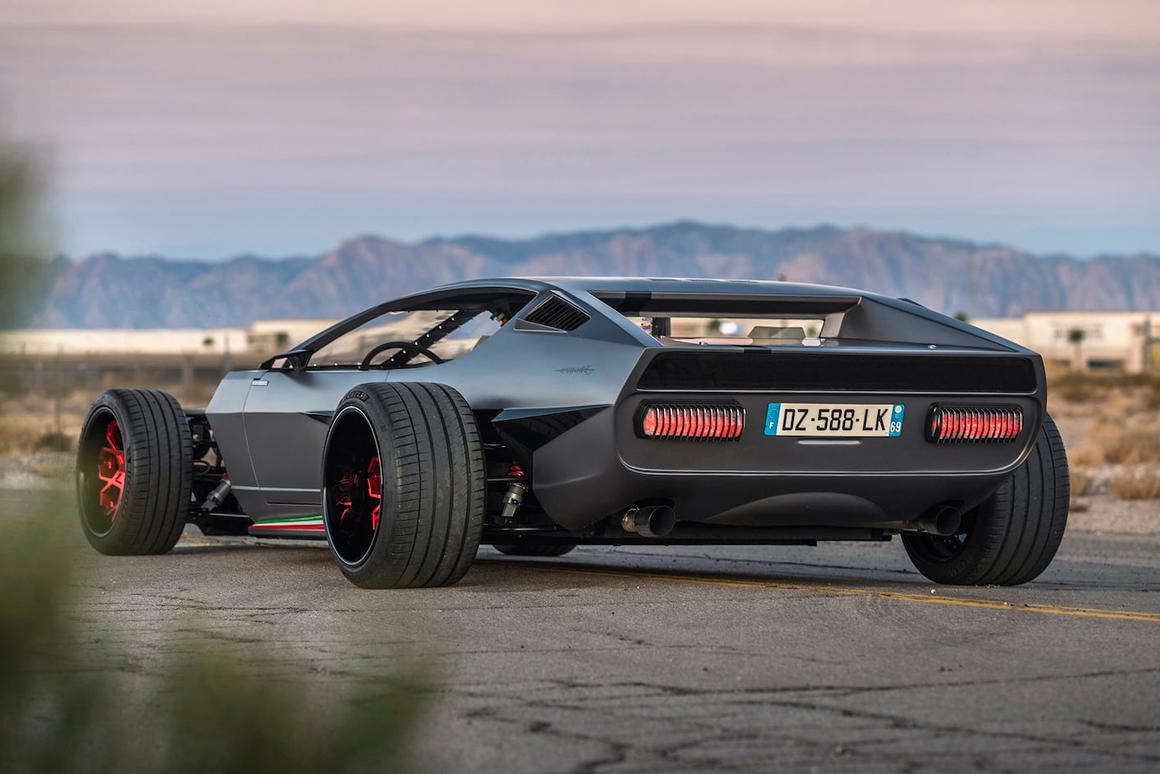 Before the Countach came along in the 1980s and defined the classic shape that’s underpinned nearly every Lambo since, the biggest selling Lamborghini was the Espada, made between 1968-1978. That’s not to say it was a high volume machine; only 1217 of this 4-seater grand tourer were ever built. Which makes this crazy rat rod even more special.

The Espada was a strange and awkward looking car; design studio Bertone had perhaps not hit its stride by 1968. Espada translates from Spanish as “sword” – in particular the type a matador would use to slay a bull in a bullfight. An interesting choice for a company with a bull as its logo, and the Espada would turn out to be much less blade-like than any of its descendants.

But if its shape hasn’t translated into a classic, it sure does make an eye-catching rat rod. France’s Danton Arts Customs got hold of a 1968 model last year, and decided to make this wild roadster out of it as a celebration of the Espada’s 50th anniversary.

The original Lambo V12 engine has been kept, polished and exposed at the front of the vehicle. The wheels have been widened outside the bodywork to make it an 8-foot wide open wheeler with outrageous candy-red honeycomb rims from Govad in Toronto, and fat Michelin tires.