Babu is the National Defense Minister for the aforementioned party. I actually did a segment on him and them in one of my more recent podcasts. You may link to it here.

In my podcast, I likened his desire of blacks to migrate to the states to reclaim their territory as being similar to the desire of ISIS, who also wish to reclaim territory for their own nation, the Caliphate.

I don’t know how it is going but I’m guessing this “new nation” business is one of those long-term goals. END_OF_DOCUMENT_TOKEN_TO_BE_REPLACED

Supporters of the Black Lives Matter movement are mad that the horrific terror attack in Nice France is taking the spotlight away from their pet cause. Yes, they have the nerve to claim the Nice attack was deflect attention away from the plight of black Americans and instead mourn whites.

The People’s New Black Panther Party wants its own nation. Unfortunately the nation they desire to form just happens to already be 5 of our Southern States here in America. But no matter – they have a plan.

Why was France hit by Islamic terrorism once again? It seems this country is becoming a number one target for the Islamic State and many are wondering why. Is there a reason why ISIS is concentrating on the French. Well, yes there are several reasons. Listen and find out.

END_OF_DOCUMENT_TOKEN_TO_BE_REPLACED

Scalia, Kagan, and Sotomayor Slug it Out over ‘Voting Rights Act’

It’s about time. We’ve needed a battle over ideology on the Supreme Court that the public gets to read about. The 1965 discriminatory Voting Rights Act is being reviewed by the Supreme Court. Who would ever question such an Act? I mean, voting rights is the staple of our Republic.

Moreover, to question the legitimacy of the Voting Rights Act puts you in the same company as the KKK. At least that’s what Michael Moore maintains. Here’s what Justice Scalia said:

What many people do not know is that the Voting Rights Act is not equal in the way it is applied. Not every state is under the Act’s jurisdictional demands. So here we have a law designed to stop discrimination, and yet the Act itself is discriminatory. Continue Reading

Neo-Nazis pledge to descend on Sanford, Fla., where Trayvon martin was killed, to protect ‘white citizens’

The Florida town roiled by the controversial Trayvon Martin shooting soon may get unwelcome visitors — a group of neo-Nazis. 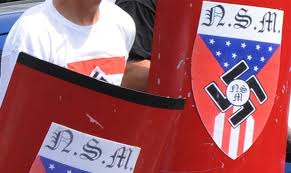 Sanford to protect “the white citizens in the area” if there are race riots in the aftermath of the killing that has gripped the nation.

Schoep claimed that up to 20 well-armed members are already in position in Sanford.

Sanford police officials said Saturday they have not spotted any neo-Nazis but have coordinated with the feds to be ready in case violence erupts.

Martin, a 17-year-old black high school student, was wearing a hoodie and unarmed when he was shot Feb. 26 by neighborhood watch volunteer George Zimmerman.

Zimmerman claimed he fired in self-defense after Martin attacked him. He has not been arrested or charged and has kept out of the public eye since the incident. 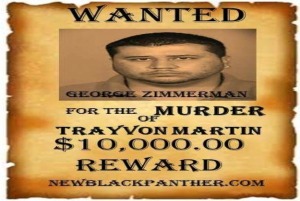 choep justified his group’s plan by noting that the New Black Panther Party offered a $10,000 bounty on Zimmerman.

“We had to act,” Schoep said. “Why is it all right for a black group to put bounties on people?”

Still, Schoep did not exactly offer a rousing defense of the shooter, saying he looked “half-Hispanic or Cuban or something. He certainly doesn’t look white to me.”

Meanwhile, NBC News fired a producer for editing a recording of Zimmerman’s 911 call the night he shot Martin.

The producer, who was not identified, trimmed the tape in a manner that suggested Zimmerman volunteered that Martin was black.

Should we be preparing for a Race War. I don’t know, but listening to these New Black Panther members, maybe so. They seem to be ready & willing for violence. Just listen to this audio and you decide if these people are serious or is it all just bluster. I think, this time, we had better take them at their word.