Just another reason to love Chick-fil-A

Whenever the Left wants to have a conversation about a “living wage,” it’s almost never a discussion, but a series of demands and slogans made in ALL CAPS on Twitter. Those demands almost always involve the heavy hand of government coercing businesses with the force of law. But one of the Left’s favorite businesses to hate, Chick-fil-A, is showing that entrepreneurs in a competitive free market can improve conditions for workers without paternalistic government oversight. END_OF_DOCUMENT_TOKEN_TO_BE_REPLACED

A few years ago, young entrepreneur Ryan Cappelletti had an idea to open a restaurant. In Grand Rapids, Michigan, he opened the vegan and vegetarian Bartertown Diner. But Ryan was no ordinary restaurateur. He and his 16 eventual employees were socialists, collectivists, with a streak of anarchist. What a combo. In other words, don’t use capitalist terms like “entrepreneur,” to describe him – although it fits. That term is strictly reserved for the bourgeoisie, not him or his employees, who consider themselves Marxist proletariat.

MiBiz.com wrote that, “They eschew business plans and detailed financial projections in favor of vision and values. Above all, they take the old ‘benevolent dictator’ management model and turn it on its head, creating democratic workplaces where everyone is the CEO of something.” END_OF_DOCUMENT_TOKEN_TO_BE_REPLACED

Last week Oregon Governor Kate Brown gleefully signed into law a progressive statewide minimum wage increase. It will be phased in over the next six years, starting this July. “I’m proud to sign into law my top priority of the 2016 Legislative session — raising the minimum wage,” Brown said in a statement. She said the new law “is a path forward – so working families can catch up, and businesses have time to plan for the increase.” Plan to close down or lay off half their staff maybe.

The current Oregon minimum wage is $9.25/hour. I say progressive because the area of the state will determine the base “living wage.” If one works in rural Oregon the wage will increase to $12.50/hr. – small cities and towns, $13.50 and large cities like Portland, the hourly minimum wage will top out at $14.75.

But as is being reported, some are still not satisfied. And why would they be? We should know by now that the far left can and will never be placated. No matter how much wealth government redistributes, it will never be enough.

A left wing advocacy group, “Oregonians for 15,” is unsatisfied with both the amount and phase-in time. They want $15/hr. in three years. They are threatening a State ballot initiative this November if they don’t get what they want. END_OF_DOCUMENT_TOKEN_TO_BE_REPLACED

Last week some flaming liberals in the House of Representatives suggested that the national minimum wage be raised from $7.50 to $10 an hour. (Probably part of the 78-81 communists in the party). 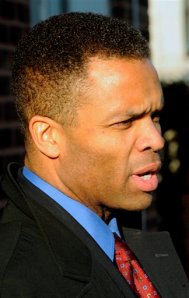 Why not? Who wouldn’t want to be paid more.

As I’ve just demonstrated, the $10 figure is purely arbitrary, but according to the Hill Online, representative Jesse Jackson Jr. of Illinois and about two dozen other liberal Democrats endorsed legislation to raise the federal minimum wage immediately, thinking that this will be a hot election-year issue.

The Democrat leadership, however, has been a little less enthusiastic. It’s not that they don’t wish to raise the minimum wage. It’s that they wish to do it slowly, incrementally, so, like the frog, we don’t realize were being boiled alive. 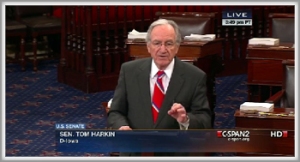 The Politburo, or Democrat leadership if you like, would be more inclined to sign on to a proposal by Sen. Tom (dung heap) Harkin of Iowa. He proposes to gradually raise the rate to $9.80 over three years, but even this proposal has received scant attention from the leadership.

If you recall our beloved president issued a proclamation shortly after his 2008 victory that the minimum wage would be hiked to $9.50 an hour by 2011, but of course the compliant press would never dare call him on it.

Even the idiot consumer advocate Ralph Nader has weighed in on the subject. He said, “you get a conservative voter making eight bucks an hour at Walmart, here she is not going to say, I don’t want $10 and hour because I’m a conservative”. 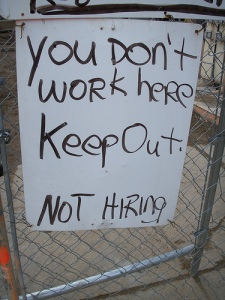 No Ralph. I would hope that the people at Walmart and every person working would realize that these companies can’t just magically raise wages across the board. I would hope that the employee would say, “Hey, I’d rather make eight dollars an hour and be employed then the promise of $10 an hour and be laid off so the company could afford to pay the $10 an hour to all the other employees by using my paycheck”.

I know these are rhetorical questions, but do these dopes in Congress not understand anything about business? Have they never had to make a payroll? Have they never had to compete for business, maintain a minimum gross margin, had to lay someone off due to a down turn? Silly me. Of course not. When you can print money and deficit spend until after the cows come home, how could you know, or care.

These politicians don’t give a damn about the little guy. The little guy is who employs most Americans. The “Walmarts” of the world would be adversely affected, yes, but it really hurts the small business. 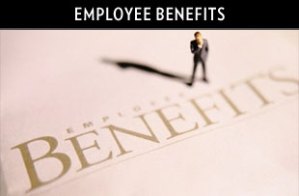 me in pay compared to his total compensation. Employers must pay for legally required worker benefits that include Social Security, Medicare, unemployment insurance, workers’ compensation, health and disability insurance benefits, and whatever paid leave benefits they offer, such as vacations, holidays and sick leave. It’s tempting to think of higher minimum wages as an anti-poverty weapon, but such an idea is ridiculous on it’s face. After all, if higher minimum wages could cure poverty, we could easily end worldwide poverty simply by telling poor nations to legislate higher minimum wages. 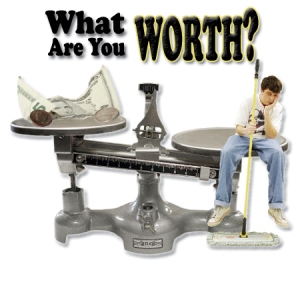 ker to $14 or $15 an hour, does it pay him to hire a person who has the skills that permit him to produce only $8 worth of value per hour? Most employers would view hiring such a person as a losing economic proposition.

But, you say; are you heartless? Don’t these workers deserve a “Living Wage”? I could ask the same to those minimum wage advocates. Don’t you care about the workers?

The facts are that most studies of minimum wage laws in countries around the world show that fewer people are employed at artificially higher wage rates. Moreover, unemployment falls disp

A Cato Institute study cited data showing consistent job losses in places where local or regional “living wage” laws have been imposed. This should not be the least bit surprising. Making anything more expensive almost invariably leads to fewer purchases. That includes labor.

As imposed wage rates rise, so do job qualifications, so that less skilled or less experienced workers become “unemployable.” Think about it. Every one of us would be “unemployable” if our pay rates were raised high enough.