Glaucoma is a serious eye disease that can gradually cause vision loss, which is currently irreversible. But in a new cell culture study scientists found that removing a membrane at the back of the eye could help transplanted cells migrate into the optic nerve and repair the connections, potentially restoring lost vision.

END_OF_DOCUMENT_TOKEN_TO_BE_REPLACED

A previously unknown layer of the cornea has been discovered in the human eye, a breakthrough experts say could ‘rewrite the opthalmology textbooks’.

Researchers from the University of Nottingham found the new layer – which is just 0.001 mm thick – within the cornea, the clear window at the front of the eye.

They say it could help surgeons dramatically improve outcomes for patients undergoing corneal grafts and transplants. 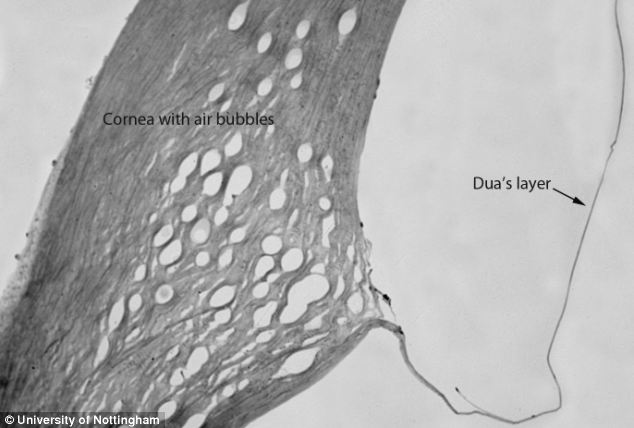 WHAT DOES THE DISCOVERY OF DUA’S LAYER MEAN?

Problems with the layer could also explain many eye diseases that until now were elusive in origin.

The new layer has been dubbed the Dua’s layer, after Professor Harminder Dua who discovered it, reports journal Ophthalmology.

Professor Dua said: “This is a major discovery that will mean that ophthalmology textbooks will literally need to be re-written.

Having identified this new and distinct layer deep in the tissue of the cornea, we can now exploit its presence to make operations much safer and simpler for patients. 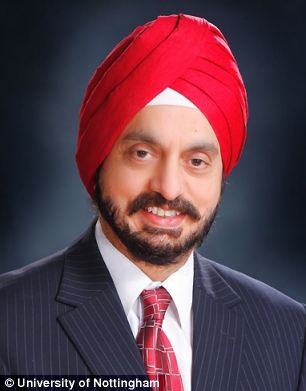 ‘From a clinical perspective, there are many diseases that affect the back of the cornea which clinicians across the world are already beginning to relate to the presence, absence or tear in this layer.’

The new layer that has been discovered is located at the back of the cornea between the corneal stroma and Descemet’s membrane.

Although it is just 15 microns thick – the entire cornea is around 550 microns thick or 0.5mm – it is incredibly tough and is strong enough to be able to withstand one and a half to two bars (21-29 psi) of pressure.

During these experiments, tiny bubbles of air were injected into the cornea to separate the different layers.

The scientists then subjected the separated layers to electron microscopy, allowing them to study them at many thousand times their actual size and revealing Dua’s layer.

The authors say that the discovery will have an impact on advancing understanding of a number of diseases of the cornea, including acute hydrops, Descematocele and pre-Descemet’s dystrophies

The scientists now believe that corneal hydrops, a bulging of the cornea caused by fluid build up that occurs in patients with keratoconus (conical deformity of the cornea), is caused by a tear in the Dua layer, through which water from inside the eye rushes in and causes waterlogging.