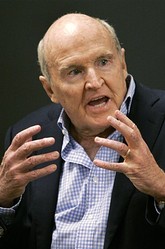 Remember that incompetent boss you used to have? He was a good guy and all, but he just couldn’t make decisions or prioritize. Perhaps worst of all, he tried to make everyone happy, resulting in almost everyone being angry or confused or both. And remember how long it took management to move him out – and how aggravating that was?

Of course, at the time, you sort of understood why the Bigs had promoted the guy in the first place, and why they held out hope for so long. He’d been a superstar salesman. Best the company had seen in ages. But in the end, it turned out that all the things that made him great as an individual performer made him lousy as a people manager.

It happens all the time at work. A brilliant engineer promoted to run R&D. A gifted reporter elevated to editor. A cutting-edge scientist made head of the lab. First cheers. Then, after a bit, confusion about organizational direction, mixed signals about values, hurt feelings left and right and, eventually, chaos.

Look, in business, some people can really knock it out of the park in their current jobs. 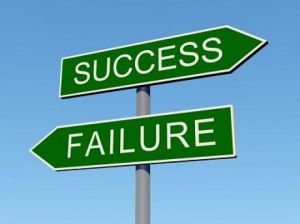 Smart companies get that reality. In fact, most have learned the hard way that actually being a great leader involves unique skills that even the most promising candidate for a leadership job simply may not possess.

But do the American people get that reality, too?

You have to wonder. Because there’s an awful lot of noise out there right now about campaign styles. President Obama has a reputation built on his soaring oratory, while Mitt Romney, clearly no fan of crowd scenes, can’t seem to get through a week without an awkward (or worse, foot-in-mouth) moment.

The president really knows how to run for office, the pundits note. Romney – not so much.

As if it matters.

It doesn’t, of course. Just as in business, in politics, being very good at one job (like delivering well-written speeches from a teleprompter) doesn’t necessarily make you very 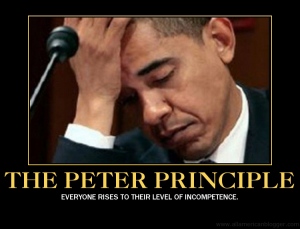 What voters need to do right now is stop focusing on stump skills, or lack thereof, and start fixating on which candidate will be the better president once the campaign is long over. They need to stop asking, “Who’s more appealing on TV?” and start asking, “Who’s got the right stuff to get America working again?”

Yes, in some part, every person’s answer to that question will be driven by the issues – from healthcare to taxes to energy policy. And in this election, the ideological divide is stark indeed, with Obama supporting government centralization that borders on European-type socialism and Romney in favor of decentralization, state and individual rights and free-market capitalism.

Stark, too, is the difference between the candidates’ leadership styles.

Over the past three years, Obama has taken a sort of divide-and-conquer approach, amassing a list of enemies that would make Richard Nixon proud – bankers, healthcare insurance providers, oil companies, wealthy taxpayers, Congress and, most recently, the Supreme Court. Surely his supporters must think this particular tactic is effective, but there can be no denying that the country is more polarized than when Obama took office.

Without doubt, Romney is not the model leader (his apparent lack of authenticity can be jarring), but he has a quality that would serve him well as president – good old American pragmatism. Perhaps that’s the businessman in him. Or perhaps you just learn to do what you’ve got to do when you’re a GOP governor in the People’s Republic of Massachusetts or the man charged with salvaging the scandal-ridden Salt Lake City Olympics. If Romney’s long record suggests anything, it’s that he knows how to manage people and organizations to get things accomplished without a lot of internecine warfare.

Look, Obama may be a great campaigner and Romney (to date) somewhat the opposite. But neither man is running to be Campaigner-in-Chief.

In politics, as in business, the leader’s job needs to be filled by a leader, and no effective leader, regardless of ideology, keeps an enemies list.