Apple’s iPhone 7, expected to be revealed in September, will not have a headphone socket, a new leaked case design has shown.

The move has been rumored for several months, with Apple believed to be preparing a range of wireless headphones to launch with it.

The latest leak from nowhereelse.fr comes, the site claims, from a reliable case manufacturer. 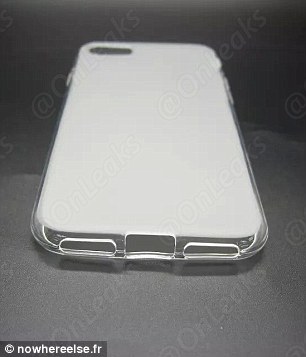 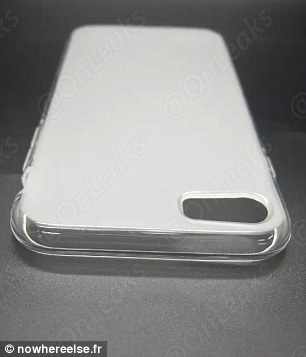 The latest leak from nowhereelse.fr shows a case with no headphone socket, but in their place holes believed to be for stereo speakers.

WHY WOULD APPLE DITCH THE HEADPHONE JACK?

Getting rid of the headphone jack would help Apple shrink the iPhone 7’s thickness considerably.

Such a shift would also mean larger, stereo headphones using an internal battery would be able to draw power directly from the iPhone – or other devices, if the change is enforced across the Apple board.

Apple’s next iPhone will be as thin as the firm’s iPod Touch, it has been previously claimed.

Tech blog MacOtakara says that the iPhone 7 will be 1mm thinner than its predecessor, the iPhone 6S, and will measure 6.1mm in thickness.

It also claims the new handset, expected to be revealed in September, will feature stereo speakers – but could dump the headphone socket to slim it down.

It is also expected to have a thinner lightning port – although it is believed the same cable will still work with the handset.

It also reiterated claimed that Apple will lose the ‘bump’ from the camera lens.