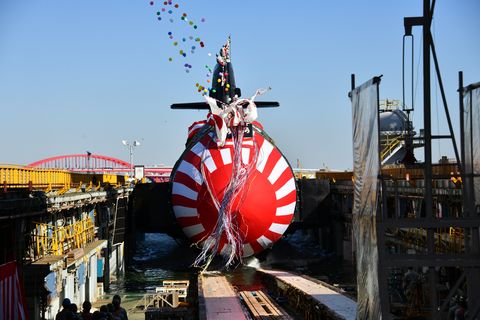 Japan’s submarine fleet is getting a major upgrade, and it’s likely the same tech found in the device you’re using to read this article. The new submarine Toryu, or “Fighting Dragon,” is equipped with lithium ion batteries, which power most of the consumer technology available worldwide. The result is submarines capable of cruising silently underwater longer than ever.

All diesel-powered submarines use batteries to travel silently underwater. The batteries are charged by the diesel engine, which needs oxygen to run. This in turn requires the submarine to surface, or at the very least snorkel, which exposes the periscope, an air intake, and an exhaust port above the surface of the water. Although small, these bits of equipment can be detected by radars, bringing unwanted attention from enemy anti-submarine ships and planes.