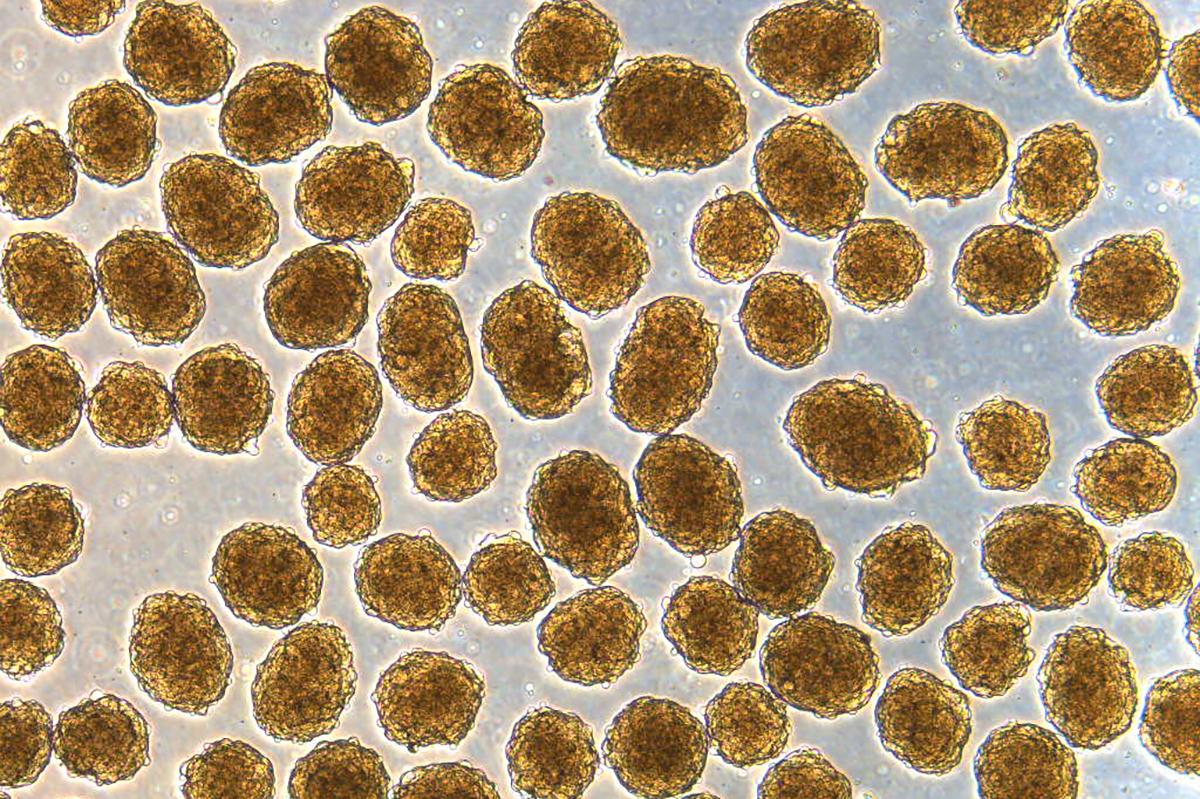 Clusters of insulin-producing beta cells, which were produced from stem cells and used to functionally cure mice of diabetes
Millman Laboratory

Diabetes is characterized by trouble producing or managing insulin, and one emerging treatment involves converting stem cells into beta cells that secrete the hormone. Now, scientists have developed a more efficient method of doing just that, and found that implanting these cells in diabetic mice functionally cured them of the disease.

The study builds on past research by the same team, led by Jeffrey Millman at Washington University. The researchers have previously shown that infusing mice with these cells works to treat diabetes, but the new work has had even more impressive results.

“These mice had very severe diabetes with blood sugar readings of more than 500 milligrams per deciliter of blood — levels that could be fatal for a person — and when we gave the mice the insulin-secreting cells, within two weeks their blood glucose levels had returned to normal and stayed that way for many months,” says Millman.

Insulin is normally produced by beta cells in the pancreas, but in people with diabetes these cells don’t produce enough of the hormone. The condition is usually managed by directly injecting insulin into the bloodstream when it’s needed. But in recent years, researchers have found ways to convert human stem cells into beta cells, which can pick up the slack and produce more insulin.