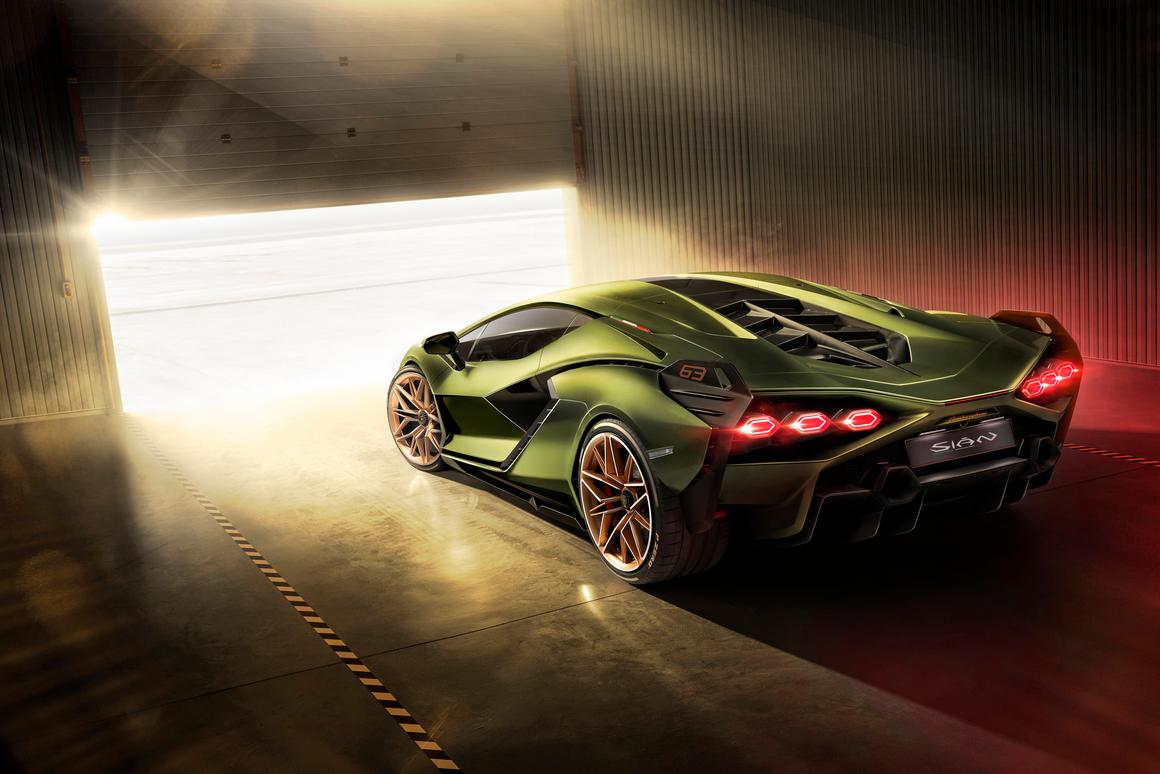 Sensual curves meet jagged angles in the remarkable Sian, Lamborghini’s first hybrid and the first car in production history to use a supercapacitor hybrid system

Lamborghini has chosen a radically different way of dipping its toe in the waters of hybridization with the announcement of its new Sián, which couples a screaming, naturally aspirated V12 engine with a supercapacitor-based secondary electric system.

Supercapacitors, as opposed to batteries, offer a unique set of advantages and drawbacks to automakers. They have enormous charge and discharge rates, meaning they can put out huge amounts of power, charge up almost instantly, and pull in a much larger amount of energy through things like regenerative braking, in which a battery’s ability to accept charge becomes a limiting factor. They also don’t deteriorate over time, maintaining their performance over millions of cycles.

On the other hand, their energy density is terrible in comparison to lithium-ion batteries. Even cutting-edge ultracapacitors like those from Nawa in France can only store about a quarter of the energy per volume that a regular lithium battery can – and lithium is far from energy dense itself in comparison to hydrogen or hydrocarbon fuels. They also stink at long-term energy storage, steadily leaking away what they’ve got stored up over the course of maybe a week or two.