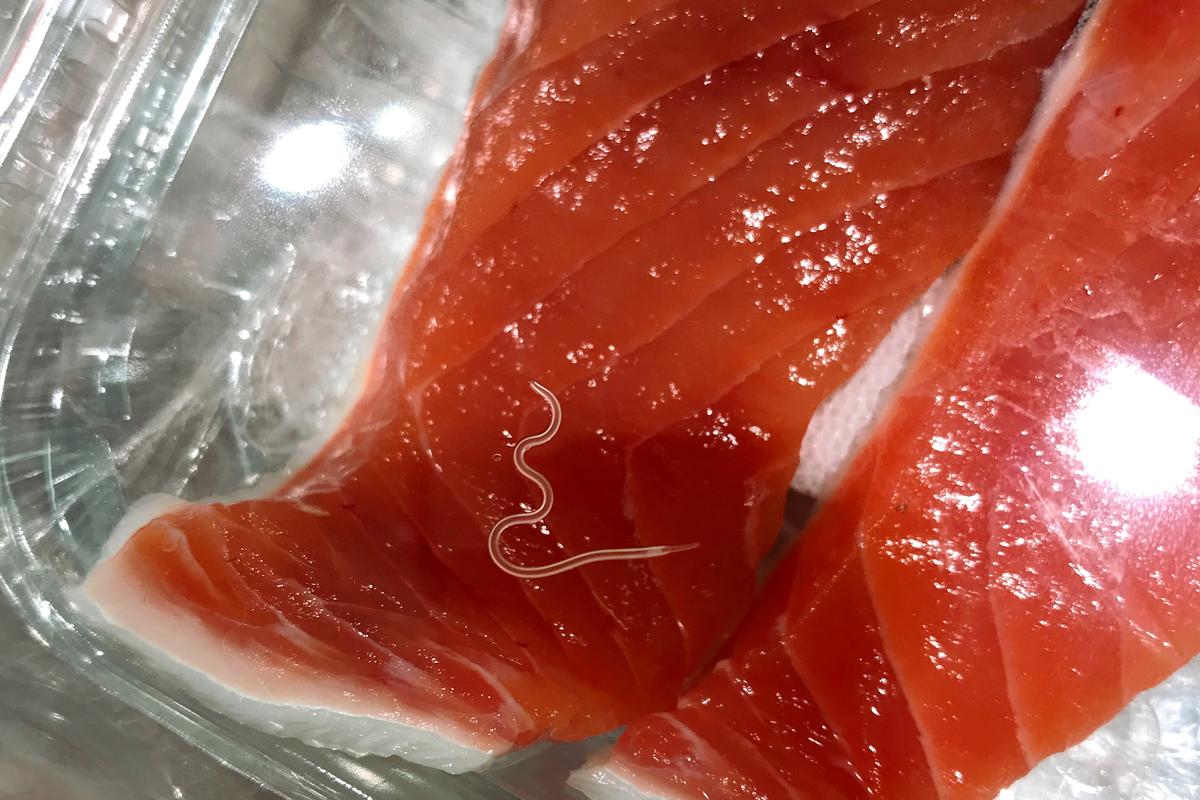 An Anisakis worm in a piece of raw salmon
Togabi/C.C. 1.0

If you’ve ever thought that you got food poisoning from eating sushi, you might have actually gotten worms from the stuff. A new study indicates that such fish worms are now more common than ever – although chefs usually pick them out.

Conducted by scientists at the University of Washington, the meta-study actually involved combining data from previous studies conducted between 1978 and 2015. Those studies looked at the abundance of a parasitic worm known as Anisakis, in raw or undercooked fish flesh. It was found that over the 37-year period, there was a 283-fold increase in worm numbers.

Although Anisakis is commonly called the herring worm, it occurs in a wide variety of ocean fish. When ingested by humans, live worms typically only last for a few days. Within that time, however, they can make their way into the intestinal wall, causing symptoms such as nausea, vomiting and diarrhea. The condition is called anisakiasis or anisakidosis, and it usually goes away once the worm dies.

Fortunately, the researchers state that seafood processors and sushi chefs are pretty good at spotting and removing the worms from fish fillets. That said, concerned diners might wish to cut their sushi up to do a worm-check of their own, before eating it.