There are only two places to see a gallery of artwork depicting key events in the history of U.S. intelligence services: The headquarters of the Central Intelligence Agency and an out-of-the way museum in Alabama.

Tucked away in a neighborhood near Birmingham’s airport, the Southern Museum of Flight this month opened a gallery featuring 16 reproductions of original artwork donated to the CIA and displayed at its building in McLean, Va. Based upon once-secret events that have since been declassified, the artwork provides a rare glimpse into decades of U.S. spy work.

One print depicts a B-26 bomber flying over Cuba during the failed Bay of Pigs Invasion in 1961, when Alabama National Guard pilots flew for the CIA in a bid to overthrow the government of Fidel Castro. 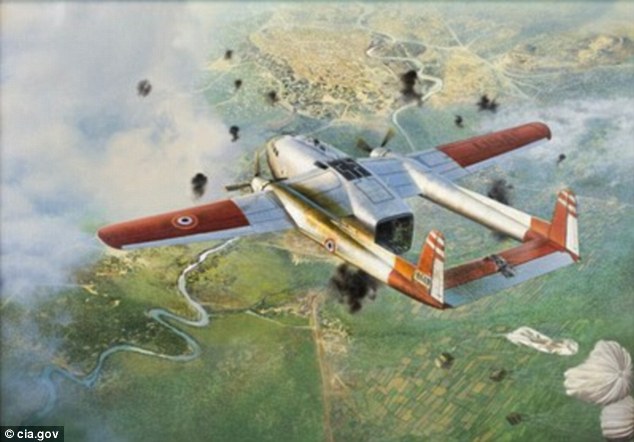 Art attack: Air operations of Civil Air Transport, an Agency proprietary, and its CIA contract pilots in support of French forces at Dien Bien Phu, Indochina, in 1954, during the final days of the conflict between the French and Viet Minh 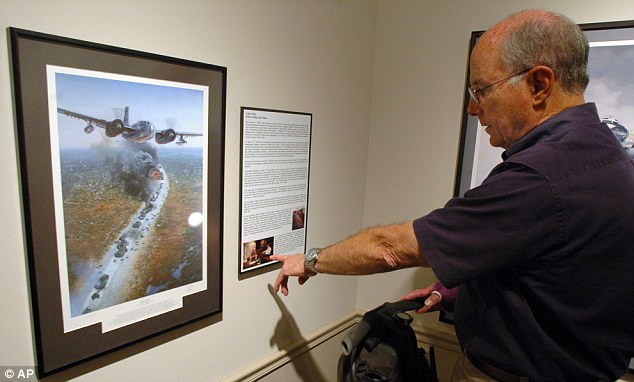 Another print shows World War II spy Virginia Hall tapping out code in occupied France, another a sunken Soviet submarine being lifted off the ocean floor during a secret 1974 operation.

The general public can’t see the paintings at the spy agency – they are housed in a secure area frequented only by employees, official visitors and VIPs.